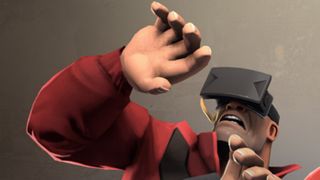 Sources speaking to Recode say Google recently ditched plans to develop its own high-end virtual reality headset, although the company has been at the forefront of developing consumer VR software and hardware up to this point.

We're still expecting Google to launch a Daydream headset later this year - but that's going to be powered from a mobile phone. The cancelled project refers to Google's very own Oculus Rift or HTC Vive, presumably powered by a gaming PC.

Recode reports that the dropped device would have come with its own custom software to run a more advanced and immersive VR experience. While mobile VR can be very impressive, and is much cheaper, it's not on the same level as the full fat version - it's like the difference between playing games on a console and on your phone.

Living in a virtual world

So, as you were then: but it shows the complications of developing a high-end virtual reality headset in the mould of the Oculus Rift or the HTC Vive. Apparently that's not an area that Google wants to be in, at least not yet.

The initial batch of Oculus Rift headsets have now all been delivered, although we're still waiting on the Touch motion controllers, which should be out and in gamers' hands before you have to buy your 2017 calendar.

As the makers of the Rift and the HTC Vive have discovered, trying to pioneer a new product category isn't easy - as Google's decision proves. A third top-end headset, the PlayStation VR, is also due out this year.

Would you buy a VR treadmill?