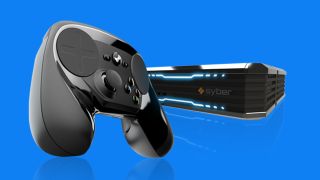 Steam Machines appear to have, er, run out of steam, with Valve removing the section devoted to the living room-based gaming boxes from its store.

If you hop on over to the Steam store now, you’ll find the hardware tab only has three entries: Steam Link, Steam Controller and the HTC Vive. There’s no mention of Steam Machines any more.

Let’s make one thing clear: that doesn’t mean you can’t buy a Steam Machine any more, and there are still listings for some of these products on Valve’s store. You can still purchase the Alienware Steam Machine or the Scan 3XS ST Steam Machine (in the UK), for example.

But the fact that the section has been removed from the main page is obviously a clear indication that this is no longer a concept which Valve is seriously pushing.

Steam Machines travelled a rocky road from their very inception, with a couple of false starts before launching back in November 2015 with little fanfare.

The hardware has faced difficult competition from consoles, the kings of living room gaming which are also a cheaper option. Valve’s SteamOS operating system, the software paired with the hardware, was a neat idea, but struggled to compete with Windows on the performance front.

And Valve’s own vision of the future of living room gaming appears to be taking the route of streaming from the PC to TV, otherwise known as Steam Link, although that approach has its own issues, too (certainly for some folks – principally in providing a smooth enough connection for fluid frame rates).

All in all, this seems to be a rather unceremonious end to the Steam Machine, then, which is something of a shame on a basic level of the door being closed on this mini gaming PC concept. Less choice never being a particularly good thing…