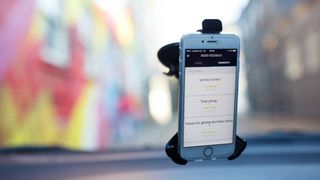 Uber continues to run up against various regulatory problems in different parts of the world, including London, where it's been battling to stay operating under pressure from taxi driver groups and Transport for London. Now, it's promising to make some changes to its service in the UK.

"We recognise we can use our technology to go even further in setting a higher standard for private hire and other transport options," Uber says in a blog post. "After listening to feedback from drivers, riders, local regulators and the police we're introducing a number of new features and changes to enhance driver and passenger safety."

One of the changes is going to be 24/7 telephone support for both drivers and passengers, which is going live later this year. Help was always available in the app, but now you'll be able to pick up the phone and talk to a real person about your Uber issues.

Uber also says it's going to take a more "proactive" stance in reporting serious incidents to the police, rather than letting drivers and passengers sort it out themselves – this is live now in London and coming to the rest of the UK soon, in partnership with region police forces.

Drivers will now be forced to take a six hour break from picking up passengers in the app after working for 10 hours, Uber says, to avoid tiredness. What's more, drivers will be able to share their location with friends and family – just like passengers can do already – to make them feel safer on the road.

Uber is also going to start providing more details to passengers about their driver for each trip, including driver licence numbers, and wants to see a national licensing database introduced to help manage driver registration across regions.