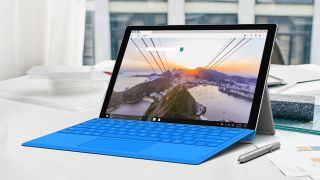 Microsoft’s most recent tweak to the Chromium code means that when you’re looking to adjust printer settings from within your browser, instead of opening the legacy Explorer-based printer control panel, you’ll see the new modern panel for printer management (from within Windows 10).

And this not only looks better than the old version, but it’s more user-friendly to boot. It’s a fairly simple change by all accounts, and one that will improve not just the revamped Edge, but also Google’s Chrome (and other Chromium browsers) when running under Windows 10.

Note that this has been implemented in the Canary (early testing) version of Chrome, but not yet in the Canary spin of Chromium-based Edge (although it should be coming soon).

Furthermore, Google itself has recently made another adjustment to bring in a similar improvement with network proxy options in Chromium browsers. This has previously opened the Internet Explorer panel, but that’s been changed so it will also use the appropriate Windows 10 settings dialog, with its cleaner and more modern UI.

As Windows Latest reports, that particular change has made its way to both Canary versions of Chrome and Chromium-based Edge (and indeed the developer build of the latter).

These are the latest strides forward for Chromium in terms of working better and more consistently with Windows 10, and previous moves we’ve seen include plans to improve Incognito Mode, giving you a higher level of privacy under Microsoft’s latest OS.

And of course the likes of dark mode on Windows 10 is already supported by the revamped Edge browser (and while that feature isn’t yet supported on Edge for Windows 7 or 8.1, it’s promised to be coming at some point).