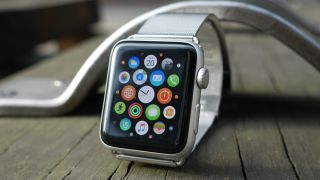 But, it turns out that the Trump administration hasn’t extended that protection to all Apple devices.

Reuters reported today that the original Apple Watch, along with some health trackers and smart speakers from Fitbit and Sonos, were subject to new tariff codes targeting Chinese-manufactured goods, which will take effect in September.

US Customs and Border Patrol officials classified the Fitbit Charge, Charge HR and Surge wristbands; the Sonos Play:3, Play:5 and SUB smart speakers; and the Apple Watch as “data transmission machines” that qualify for 10% tariffs.

It’s unclear as of yet what criteria Customs officials used to designate these specific models. The Apple Watch 2 and Apple Watch 3, for example, don’t rate the same classification as their predecessor. So, for now, they won’t face the same import costs.

Sonos, on the other hand, has had its flagship smart speaker, the Play:5, singled out.

“The imposition of tariffs and other trade barriers, as well as retaliatory trade measures, could require us to raise the prices of our products and harm our sales,” Sonos said earlier this month.

Apple and Fibit could very well take a similar view and raise prices on these specific devices to offset the tariffs. The Apple Watch Series 1, which costs $249 for a new model, could end up costing an extra $25.

These tariffs aren’t yet set in stone, however. Currently, the tariff code has entered its public comments phase, which gives these tech companies time to advocate for their devices to be dropped from the data transmissions list.

If that doesn’t work, industry experts told Reuters, Apple, Fitbit and Sonos could either apply for exclusions after the tariffs go into effect, or try to have the devices reclassified under a different, less expensive tariff code.

If none of that works, though, these companies may choose to abandon these older models and look to develop new devices. Ones that will abandon any tech that could conceivably make them “data transmitters”.