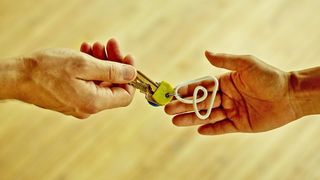 It’s fair to say that Airbnb revolutionized the travel industry, creating a platform for short-term lets, allowing people to make money from their homes, and stay for a small amount of money in a real person’s home, anywhere in the world.

But what if smart home technology could make the stranger’s home that you end up staying in more like your own?

Well, according to Mike Curtis, Airbnb’s Vice President of Engineering, that could one day be a reality. We sat down with Mike to talk about the last ten years of Airbnb, and what the next ten could have in store.

In the ten years since Airbnb’s inception, it’s gone from having a single coder, Nathan ‘Nate’ Blecharczyk, to a thousand-strong engineering team, putting a lot of energy into the AI behind the app. And Mike thinks that bodes well for the future of employment:

“A lot of the narrative around AI turns immediately to automation in terms of the displacement of jobs but we’re leveraging AI technology to create demand for hosts to earn extra income. It's a way to leverage that technology to actually empower people and we think that's something that's broadly applicable to lots of technology companies. If they just think about it the right way and think about what applications there could be, it can create great opportunities for people.”

“You can still find Nate code in the core Airbnb app. There's this really cool tool that we use called Git Hub which is how we manage all the source code and there's this neat command called ‘git blame’ so you can say ‘git blame Nate’ and you can find all the Nate code.”

Putting the 'smart' in holiday home

All that code helps to generate the suggestions for your stay based on a set of criteria influenced by where you’ve stayed previously, places that you’ve clicked on, even how long you hover over certain features of an Airbnb listing.

What’s really cool (or creepy depending on which way you look at it) is that the Airbnb team has created an algorithm that can predict if you’re going to leave a positive review just based on the booking. It uses this to push places you’re more likely to like to the top.

We asked if the algorithm would ever be used to tell someone not to book somewhere if it knows the person isn’t going to have a good time, but apparently not. Airbnb doesn’t want to limit choice.

An area that we're particularly interested in is to do with how technology is changing the Airbnb experience. We saw that Airbnb partnered with Nest to offer a 30% discount on thermostats to its Superhosts.

This promotion is angled towards benefiting the Superhosts for their service, but it also raises an interesting question about when smart home products are more ubiquitous: could the Airbnb of the future change itself to match the way you like your home?

“We have this incredible context that because of the app we know where you are geographically. As you’re walking up to your listing it could present you with information on how to get in, when you walk in, the smart home devices automatically know you’re there and switch to your account, welcome you, and give you the Wi-Fi password. Wi-Fi passwords are critically important for when you’re staying at an Airbnb.”

We asked if Airbnb would ever consider a system similar to Amazon Key so that people could let themselves in to listings, but apparently the tests that they've run indicate that smart locks aren't for everyone.

Maybe that will change as the technology develops – it would certainly be a feature we'd be interested in as it would remove the need to meet up with your host just to pick up a set of keys. We can but hope.