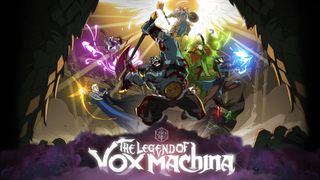 The series began as a Kickstarter campaign last year, demolishing its goal for a pilot episode, and making enough money through stretch goals to generate 10 full-length episodes. Amazon's order adds 14 additional episodes onto that, with the total amount divided into two 12-episode seasons.

According to a post on the Kickstarter campaign's page, Amazon's financial backing will improve the overall production values of the series, elevating the animation, effects, and sound quality.

That Kickstarter campaign originally made over $11 million. Backers will still get the entire first season as part of their pledge, and early access to the opening two episodes of the season.

The season will cover the entire Briarwood storyline from the show, as well as additional stories from the Vox Machina campaign. It was previously adapted into a comic book series, which was published by Dark Horse Comics.

Critical Role is a monster hit among the many Dungeons & Dragons shows out there on YouTube and Twitch.