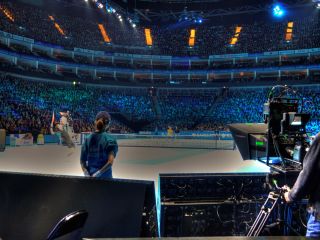 ESPN has announced that it will be launching a US-based 3D channel in 2010 – with the opening match of the World Cup to be the network's inaugural broadcast.

With Sky set to launch a 3D channel in 2010, but probably not by the summer, the prospect of 3D TV in the home is becoming a reality – although 3D-capable televisions are still thin on the ground.

ESPN has been toying with 3D in the past – screening some American Football games in cinemas, but is now looking to roll out a dedicated channel for its sports.

"ESPN 3D marries great content with new technology to enhance the fan's viewing experience and puts ESPN at the forefront of the next big advance for TV viewing," ABC Sports President George Bodenheimer said in a statement.

Aside from the World Cup, the Summer X games and 2011 BCS championships are also slated for the channel.

Sky has concentrated heavily on sport with its increasingly polished efforts in the 3D genre, and, interestingly, currently helps ESPN with its Premiership football coverage in the UK.

TechRadar watched the company live stream 3D footage from the ATP Masters Tennis championship at the O2 and it's certainly shaping up to bring 3D sport to the UK.