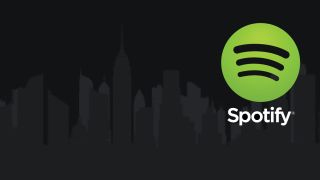 Spotify has announced that it’s signed a multi-year license agreement with the world-leading Universal Music Group that will see its premium paid-tier users get exclusive access to content for a limited time.

In an official statement, Daniel Ek, Chairman and CEO of Spotify, said that Spotify knows “that not every album by every artist should be released the same way” and that he and his team have “worked hard with UMG to develop a new, flexible release policy.”

As a result, artists signed to Universal will now be able to release their new albums exclusively on Spotify premium for a period of two weeks, offering paid-tier users the chance to access content earlier than free users.

For a limited time only

Ek added that singles will still be available across Spotify “for all [...] listeners to enjoy” but that subscribers would have “an earlier chance to explore the complete creative work.”

This is a crucial, though not complete, turnaround for Spotify, a company which has always staunchly opposed exclusives and defended its policy of giving paid and free users equal access to content.

However, rumors have been circling for a while that Spotify has been looking to renew its multi-year agreements with the major music labels ahead of launching an IPO appeal with Wall Street and in light of this, this kind of compromise isn’t all that surprising.

By giving Universal a greater say in how its artists’ new music is released on the service, the New York Post reports that it’s been able to convince Universal to take a smaller chunk of revenue, thereby increasing Spotify’s profitability and its chances of a successful IPO launch.

There’s also a chance that giving artists increased control over how their content is distributed could make Spotify more attractive as a service to them. The well-documented spat between Taylor Swift and Spotify over the service’s insistence on offering all its content for free is an example of how its universal free access wasn’t appealing to everyone.

This was only further highlighted when popular artists such as Beyonce and Kanye West took their music exclusively to other services like Apple Music and Tidal, leaving Spotify users out in the cold.

Timed premium exclusives is arguably a small price for Spotify to pay to increase the profits it’s bringing in and it doesn’t suggest that its free service is going anywhere any time soon. However, it does set a precedent that could potentially result in greater differences between the service offered to its free and premium users.