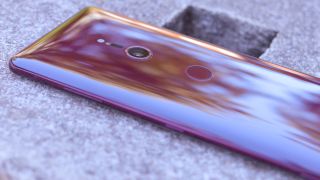 The Sony Xperia XZ4 – or the Sony Xperia 1 as it's called here and in another recent leak – has just been extensively leaked, complete with a full specs list, pricing information and new images.

It's not clear from this whether that's when the phone will be announced or when it will go on sale, but either way that's later than we'd expected, as our best guess for an announcement was on February 25 at MWC 2019, where the company is holding a press conference. So we'd take this with a pinch of salt.

As for the specs, the Sony Xperia 1 apparently has a 12MP standard lens, a 12MP telephoto lens and a 12MP super-wide-angle lens on the back, and is said to be capable of recording 4K HDR videos in 21:9.

This report also states that the phone has Dual-Pixel technology to help it capture moving objects in low light. The front camera meanwhile is apparently 8MP and lets you make a 3D avatar of yourself.

The Xperia 1 is also listed as having a 6.5-inch 4K HDR OLED screen with a 21:9 aspect ratio and a 30% larger display area than the Sony Xperia XZ3.

There’s supposedly a metal frame and a glass back (with both front and back protected by Gorilla Glass 6). The phone also apparently has IP68 certification, meaning it’s water and dust resistant. The fingerprint scanner meanwhile will apparently be on the right edge of the handset.

The Sony Xperia 1 is also said to have a Snapdragon 855 chipset, 6GB of RAM, 128GB of storage, a microSD card slot and a 3,300mAh battery, which seems surprisingly small for a screen of this size.

As well as the Xperia 1, the source also has information on the Xperia 10, Xperia 10 Plus and Xperia L3. Images of all these phones can be found in the gallery above.

Finally, there’s the Sony Xperia L3, which supposedly has a 5.7-inch HD+ screen with an 18:9 aspect ratio, a MediaTek 6762 chipset, 3GB of RAM, a 13MP and 2MP dual-lens rear camera, an 8MP front camera, and a 3,300mAh battery. It’s also said to run Android Oreo, while the other phones apparently run Android Pie.