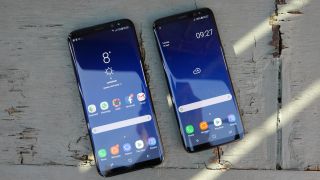 Samsung has announced official price cuts on the Galaxy S8 and the Galaxy S8+ in the Indian market, weeks after the launch of it's current flagships, Galaxy S9 and Galaxy S9+ in the country. After this new price cut, the Samsung Galaxy S8 now starts at Rs 49,990, making it a noteworthy option in this price segment despite its age.

The new prices of the Galaxy S8 and S8+ are already live on Samsung’s online store, and they should also reflect on Samsung's online and offline retail partners soon.

To recap the specs of the Galaxy S8 and Galaxy S8+ briefly, Samsung’s former flagship smartphones come with 5.8-inch and 6.2-inch QHD+ resolution displays respectively. They are both powered by octa-core Exynos 8895 chipsets and come with up to 6GB RAM and 128GB storage.

In terms of imaging, the Galaxy S8 comes with a 12MP rear camera with f/1.7 aperture, Dual Pixel phase detection autofocus, OIS and an LED flash. On the front, the former Samsung flagship smartphones come with an 8MP camera.

Samsung had started delivering the Android 8.0 Oreo update to the Galaxy S8 and Galaxy S8+ last month, bringing several new features and performance improvements to both the smartphones.