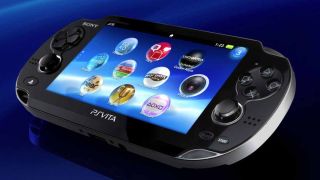 We knew it was coming, but it doesn't hurt any less: production of the PS Vita in Japan is coming to an end.

According to the official PlayStation Japan website (and spotted by Gematsu), shipments of the PCH-2000 ZA11 (PS Vita Black) and PCH-2000 ZA23 (PS Vita Aqua Blue) are "scheduled to end soon".

These are the only two PS Vita models still in production in Japan, which means the handheld console's end is in sight.

While the news is heartbreaking, it's not actually a surprise. Sony revealed last year that it would be ceasing production of the PS Vita in Japan in 2019, the handheld console's biggest market.

European and US production of the PS Vita has already ended and, from March 2019, PS Vita and PlayStation 3 games will no longer be included in the PS Plus monthly lineup.

So if you're wanting to get your hands on a PS Vita before they become a part of gaming history, then you better strike now.