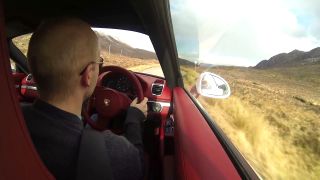 GoPro, the makers of the little device that puts you close to the action, might just have found a way to put you even closer thanks to a deal with Kolor, a French imaging company that specializes in immersive, 360-degree video capture technology.

GoPro has announced earlier today in a report that it will acquire the "spherical media" company for an undisclosed amount of money. All Kolor employees will join GoPro immediately, however, they will remain in Kolor's headquarters in Savoie, France rather than migrate to GoPro's office in San Mateo, Calif.

So what does an action sports company want with a high-resolution, 360-degree camera manufacturer? Well, if we're reading the all-too-obvious writing on the wall, GoPro wants to get its feet wet in the potentially lucrative VR market before Oculus and Facebook flood the market with their wares.

Does this mean we'll get a 360-degree GoPro in stores tomorrow? Probably not. But this deal makes that a possibility sometime down the road.

GoPro has already posted a video of what a potential movie will look like using a new panoramic camera and the result, we'll admit, is actually pretty cool.