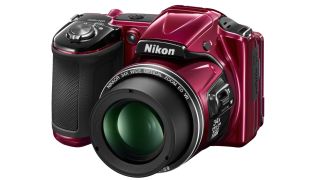 There's plenty of choice over at Nikon

For those of you who just crave an easy to use, fuss free camera you're in luck, as Nikon has announced no fewer than nine new digital compact cameras at CES 2014 in Las Vegas.

The camera firm has added four new models to its Coolpix L-series line up, while the Coolpix S-series range gets five new additions.

First up the L-series and the Nikon Coolpix L830 which sports a whopping 34x optical zoom (plus a 68x Dynamic Fine Zoom), 3-inch TFT LCD display and 16MP lens.

Sadly for those of you around the world the Coolpix L830 is a UK exclusive with pricing and release date yet to be announced.

Meanwhile the Coolpix L29 and Coolpix L30 are 20.1MP and 16.1MP cameras respectively, both featuring a 5x optical zoom with the L30 boasting a 3-inch display while the L29 has to make do with a 2.7-inch offering.