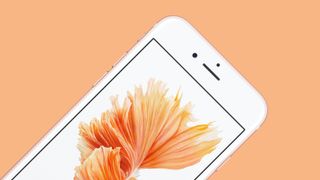 If the rumors are true, Apple will soon lift the veil on the iPhone 5SE, a return to the 4-inch form that many (including myself) are excited about. We still don't really know if it will happen, as it's just pure speculation at this point. But, another convincing scoop of details surrounding the 5SE's specs has surfaced.

Earlier, we reported on a leak that claims to show the 5SE next to an iPhone 5. Here, you can see for yourself that, if true, it will ditch the sharp edges and take after Apple's latest, the iPhone 6S. Not only that, but it could run as fast as the 6S, 6S Plus, and the iPad Pro, too, with the latest A9 and M9 processors stocked inside.

It's certainly good news that the 5SE could get the latest chips. But when there's good, some bad usually follows. In this case, we're also hearing that the iPhone 5SE will debut with a measly 16GB of internal storage. Those who want more storage are said to be able to instead opt for 64GB on the highest-end configuration when and if the phone launches this March.

The topic of iPhone storage capacity is one that draws ire from some of our staff, as I'm sure it does with many out of you. But, tell us, is it a big enough factor to turn you off from buying into Apple's next line of iPhones, despite its anticipated return to a more palm-able form factor?