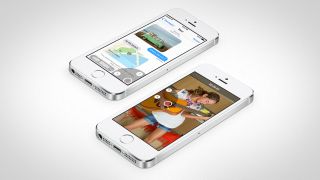 In addition to giving us a pretty good idea of what we can expect from the iPhone 6 and iWatch later this year, the official unveiling of iOS 8 confirmed that Apple has bigger things in mind when it comes to the future of its tech.

The duo of Healthkit and the Health app are one example of this. With perceivable benefits for the medical world and backed up by actual medical professionals, Apple's real-time health monitoring smarts proves that mobile technology can reach far beyond the average consumer.

Of course, iOS 8 isn't all about how Apple plans to save the world. Elsewhere, the latest update brings much-needed tweaks to areas in which the company has been sorely lacking, as well going big on "continuity": Apple's vision of bringing iPhone, iPad and Mac together in sweet, sweet harmony.

Fresh from "Dub Dub" DC 2014, Gareth Beavis and John "BM" McCann sit down in this week's Phone Show to take a closer look at iOS 8, and the picture it paints of Apple in 2014 and beyond.