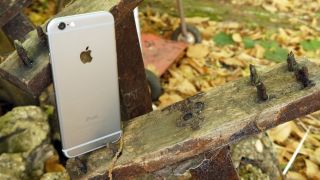 Calling Apple the largest listed company in the world today is a bit of an understatement. It was recently revealed that Apple is twice as big as the second largest company in the world, ExxonMobil, with a market value of some $774 billion (£500 billion).

Without doubt the key driver for Apple's phenomenal recent success has been its iPhone range. Launched in September 2014, the iPhone 6 and its super-sized variant the iPhone 6 Plus have set some stunning records for the company.

Apple reports that it sold 74.5 million iPhones during the first quarter of its 2015 financial year. This served to rake in revenue of $74.6 billion (£48 billion).

To place the iPhone's recent success in a more localised context, Apple's singular smartphone brand overtook Google's Android platform in terms of US market share during the fourth quarter of 2014, according to Kantar Worldpanel ComTech.

Bear in mind that while there are only ever three or four models of the iPhone being actively sold at any one time (and all at a premium price) there are dozens of Android phones being sold by many established tech brands across a whole range of price points.

Meanwhile in China, a country of some 500 million smartphone users, the iPhone 6 became the best-selling phone of Q4, according to research firm Canalys. Apple had never climbed higher than fourth place in the country before, with local loyalty to the country's own brands typically strong.

It's all the more remarkable given that the iPhone 6 costs double the amount of flagship devices make by Xiaomi, Huawei, and Lenovo.

With all this in mind, it begs the question: where next for the iPhone? While Apple will launch its next phone from a position of unprecedented strength, that also means that there's extra pressure on the next iPhone to be awesome.

First, let's deal with the likely name of Apple's next smartphone. It will almost certainly be called the iPhone 6S rather than the iPhone 7.

We come to this conclusion not because of any insider knowledge or leaked information, but from observing Apple's pattern of iPhone releases.

Ever since the iPhone 3GS followed on from the iPhone 3G (the first feature-complete iPhone) in 2009, Apple has alternated full-numbered releases with S-labelled variants.

Apple's philosophy here is about more than just a simple naming scheme. Its smartphone design work operates on a two year cycle, with the full-numbered releases representing major leaps forward in external appearance. S handsets are always essentially the same (or very similar) as their predecessors from the outside, but with improvements to their internal components.

This is an S year, so don't expect the iPhone 6S to offer anything radical on the scale of the iPhone 6's bigger display or the iPhone 4's stunning redesign.

Of course, we should also note that there are rumours concerning an iPhone 7 release later in the year. According to alleged supply chain sources of the Stabley Times, Apple is looking to accelerate to a six month turn-around on its phones, essentially offering a full-numbered release every year.

This would mean that the iPhone 6S would launch in April (more on this later), with the typical September/October release window occupied by a full-on iPhone 7 update.

It's an interesting suggestion, and in many ways a logical step forward for Apple. But given the lack of corroborating claims, it's not one we can give too much credence to at this point.

Either way, the iPhone 6S is what's next for Apple's smartphone range.

Current page: Where does Apple go after the iPhone 6?