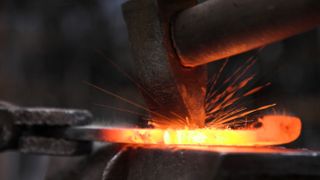 Deep underground at Huawei's Shanghai campus lies a purpose-built facility designed to put the latest smartphones through extreme tests, ensuring the device which lands in your hand is capable of taking more than just a couple of knocks.

We were invited to China to check out Huawei's facility inside the city's longest building, stretching for one kilometre and the workplace for over 10,000 employees.

From seemingly endless drop tests and intense button bashing where failure is not an option, to extreme temperature exposure and highly technical radiation tests, a lot of credit needs to be given to the mobile which makes it into your pocket.

Huawei gets through 2,000 to 3,000 units during R&D for each new model, and it's a process which can last five months.

Here's what happens during those gruelling months ahead of launch.

I keep on falling

First off we hit the Mechanical Stress Test Labs and the tumbler tester. Here 10 identical units (which make up one test batch) are chucked into rotating chambers which simulate a tumbling fall of 0.5 metres onto steel.

Each unit is tumbled 100 times, and then all 10 are moved to the one metre tumble test for another 100 rotations each.

The phones are kept on during the tests and all have to be in full working order for the design to pass. The odd scratch on the case is allowed, but any physical or digital failure means it's back to the drawing board for the design team.

If that wasn't enough falling, the handsets are then strapped into the guided drop tester which simulates a free drop onto marble.

The machine ensures the device is dropped on a particular edge or side, and each phone is slammed into the ground a total of 12 times. That's twice on each side - front, back, left, right, top and bottom.

Although a metre is the standard, the test can be adjusted to a whopping 1.4 metres onto unforgiving marble.

A super slow-mo camera captures the impact at 5,000 frames per second, allowing the R&D team to assess exactly where, and why, any potential fault occurred. Just one of the ten handsets in a batch is allowed to fail this test.

Push the button, and wiggle

Smartphones these days are sporting fewer physical keys, but the ones that do reside on our mobiles are usually rather important and thus they need to cope with a high volume of presses.

The power/lock key on a single Huawei test phone is hit 200,000 times - a process which takes five days to complete. Meanwhile the volume buttons, which get less use during the lifetime of a phone, are bashed 50,000 times.

Again, failure of the 10 handsets in a batch is not an option, with all of them required to pass for the design to be approved.

The connector wiggling test is not only wonderfully named but also provides a critical function - ensuring you get a reliable USB port connection.

Here the USB cable plugged into a device is pushed left and right 2,000 times, simulating the times you wiggle the charging cable into the port and put stress on the connection when you use the phone while plugged in.

The 2,000 'wiggles' take around 20 to 30 minutes to complete, and for a design to pass there must be zero failures in the batch.

There's also a test to guarantee the reliability of USB port and headphone jack for at least three years. A microUSB cable is plugged in and removed from each of the 10 devices in a batch 10,000 times, while the headphone jack gets 5,000 repetitions.