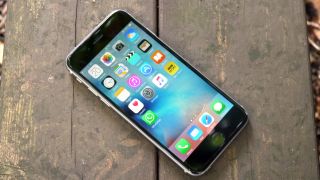 One thing you can normally be sure of with a new iPhone, or any new phone in a range, is that it will be more powerful than its predecessor, and that will almost certainly be the case with the iPhone 7, but possibly not by much.

TechTastic.nl spotted a Weibo post, which seems to reveal Geekbench results for the Apple A10 chip, expected to be at the heart of the iPhone 7, and its single-core score of 3000 is only about 18% higher than the 2519 score achieved by the iPhone 6S.

That's a significant difference, but far smaller than the roughly 43% difference between the scores achieved by the chips in the iPhone 6 and the iPhone 6S.

It's also a marginally lower score than the 3010 achieved by the Apple A9X, found in the iPad Pro and iPad Pro 9.7. On top of that, the post claims it's a dual-core chip, just like the A9, rather than the hexa-core processor that has been rumored.

We're hearing that the iPhone 7 could be a modest upgrade in many ways, so will its power boost be similarly small? Perhaps, but as TechTastic notes the early benchmarks for the A9 processor scored far lower than the final release, so even if this benchmark is authentic it might not be representative of what to expect from the iPhone 7.

But there's also the question of how much more power Apple's next flagship really needs. There's already very little that can slow the iPhone 6S down, but where it lacks a bit is battery life, so it could well be that Apple has focused on efficiency rather than power, which would be no bad thing.

It's been rumored that the iPhone 7 has a 1960mAh battery, which is a small upgrade on the 1715mAh one in the iPhone 6S. Coupled with efficiency improvements it could lead to a far longer-lasting handset.

Of course that's all just speculation for now, but we should know exactly what approach Apple has taken soon, as the iPhone 7 is likely to land in September.