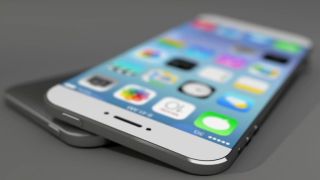 See one of you in September

Summer hasn't even started, and already Asian manufacturers are looking to September and the time when Apple's rumored smaller iPhone 6 is expected to start rolling off the assembly lines.

Taiwanese news outlet Commercial Times (via AppleInsider) has word that frequent Apple supplier Pegatron Corporation appears to be adding the next iPhone to its current duties assembling the iPhone 5C and iPhone 4S.

The mystery device is apparently none other than the so-called iPhone 6, which is widely believed to be a 4.7-inch successor to the current generation iPhone 5S and the iPhone 5 before it.

All told, Pegatron is expected to handle manufacturing chores for upwards of 50 million iPhone models this year, a sharp 40% increase over the 35 million handsets the firm assembled for Apple last year.

The increase appears solely attributed to the addition of a new iPhone 6 model, which lines up nicely against a previous rumor claiming that Pegatron would ramp up production on Apple's next flagship smartphone sometime during the second quarter.

That particular rumor, also from the Commercial Times, described the training of "thousands" of new workers at Pegatron's Taiwan-based facilities, who would be solely responsible for the new iPhone 6.

Apple is said to be splitting iPhone 6 manufacturing chores across its Asian supply chain, with Pegatron sponging up 15% of the bigger smartphone and the remaining 85% going to Foxconn, who exclusively assembled the iPhone 5S.

Although production is ramping up now, Apple isn't expected to actually launch the iPhone 6 until September. A larger 5.5-inch model is also said to be in the cards but will reportedly be released at a later date due to manufacturing issues.