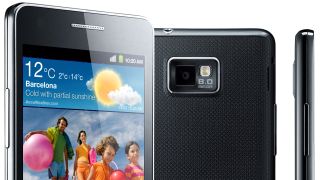 Beefed-up Galaxy S2 to return to the limelight?

Samsung is reportedly returning to the Galaxy S2 smartphone well with a new and improved version slated for next year.

SamMobile is reporting that a Samsung Galaxy S2 Plus handset is being prepped for a Q1 2013 release.

According to the site, the phone would come with Android 4.1 Jelly Bean out of the box and the latest version of the TouchWiz UI, along with 8GB of storage and a choice of two colours - white or blue.

The report does not speculate on whether there will be improvements in the engine room such as the addition of a quad-core processor or improved memory.

The speculation comes six months after Samsung succeeded the Galaxy S2 with the all-conquering Galaxy S3, so it would be an interesting move if the predecessor was pushed back into the limelight.

Samsung also launched the downsized Galaxy S3 mini in the last month, while recent tech gossip has been trained on a potential Galaxy S4 launch at CES 2013.

The original S2 is still selling well with some mobile carriers and is clinging to the top ten in TechRadar's 20 best mobile phones in the world today chart, over 18 months after it launched.

If Samsung does launch a Galaxy S2 Plus it may risk blurring its brand clarity, an issue which HTC has admitted caused confusion among customers and saw the start of its fall from grace in 2011.