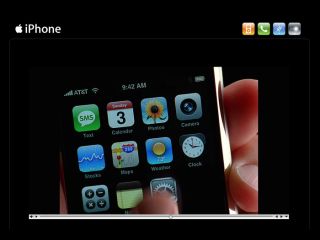 Apple plans to open up the iPhone to third-party native applications, with a software development kit (SDK), in as little as three weeks time. Apple is apparently already working with key developers to bring new applications to the phone, according to reports.

9to5mac says there has been furious activity at Apple's Cupertino headquarters in California, where the SDK is being prepped for release. Apple has allegedly adopted the business model T-Mobile used for its Sidekick smartphone. This will guarantee that third-party native applications don't bring the iPhone's Mac OS X-based operating system to its knees and ensure that applications don't conflict with each other.

Apple has apparently already hired staff from Danger, the developers of the Sidekick operating system. Electronics Arts (EA) has also been named as one key developer who is working on iPhone and iPod touch native games.

While Apple has previously opened up the iPhone in a limited way to third party web apps via the Safari web browser, it hasn't been able to offer native support before now. This, Blackfriars' Marketing says, is because the iPhone operating system uses features of Mac OS X 10.5 Leopard that Apple wants to keep secret until the OS goes on sale at the end of October.

By way of evidence, it says some Mac developers have deliberately put iPhone apps - and by implication iPod touch apps - on hold until Leopard is released.

The secrecy surrounding Leopard also explains why a new version of the Apple TV media center and a high definition version of iTunes have also been held back.