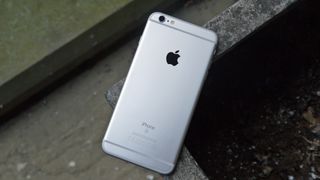 There's no shortage of iPhone 7 leaks, but that doesn't stop us bringing you the latest news as a whole series of photos has just been dumped on the internet, showing off both the iPhone 7 and the iPhone 7 Plus (or possibly the iPhone 7 Pro).

The shots, which were shared on Weibo as so many iPhone leaks are, and spotted by TechTastic, show the two phones side by side, giving us a clear idea of their relative dimensions.

But as we've seen in previous images they look a lot like the iPhone 6S and iPhone 6S Plus, right down to the general size and shape.

The few differences that are on show are all things we've seen before – the iPhone 7 has a larger camera lens for example, while the iPhone 7 Plus has a dual-lens snapper and a Smart Connector inherited from the iPad Pro.

You'll also note that the antenna bands are in a slightly different position to Apple's current flagships, running along the top and bottom edges rather than across the back.

The bottom edge is likely to be the most divisive, as there's no sign of a 3.5mm headphone port. This, again, is nothing new, but yet more evidence for its removal.

In its place there's a second speaker grille, so Apple may have sacrificed external audio connection for internal audio prowess.

As always we'd take these shots with a pinch of salt, they could easily be fakes - and even if they're real they could be prototypes and may not reflect the final design of the iPhone 7 - but they look a lot like everything else we've seen, so we'd be surprised if this wasn't more or less the phone's final form.

The interesting thing is that the iPhone 7 Plus, which was a larger version of the 7 and shown off in recent photos, is nowhere to be seen - so that was likely a prototype kicking around if these phones turn out to be the launched duo.

We should know soon, as it's rumored that Apple's new handsets will launch on the week of September 12.