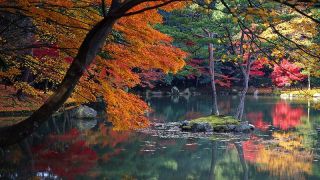 "BlackBerry enjoys a constructive relationship with trusted partner, NTT DOCOMO, and we will continue to support the carrier's ongoing BlackBerry sales in Japan," the statement read.

"We have not announced plans to launch BlackBerry 10 in Japan, but this does not affect our key priorities in the market: to continue to provide BlackBerry service and robust support to BlackBerry's Japanese customers, both consumers and business users."

Following a report from Japanese publication Nikkei, BlackBerry has confirmed that its new BlackBerry 10 gear will not crop up in the country anytime soon.

"We are in the process of launching BlackBerry 10 globally in key markets and we are seeing positive demand for the BlackBerry Z10 in countries where it has already launched," the company said in a statement sent to TechRadar.

"Japan is not a major market for BlackBerry and we have no plans to launch BlackBerry 10 devices there at this time. However, we will continue to support BlackBerry customers in Japan."

Short and sweet, BlackBerry crushed any hopes BB10, and all future phones, would make the trip to the island nation.

Part of the reason for the drop off, as reported by Reuters, is that the company can't justify modifying its OS to accomodate the Japanese language.

The numbers seem to back up BlackBerry's hesitation - the company's market share there has shrunk from 5 percent to 0.3 percent.

Though Japan is considered one of the world's most "highly mobile cultures," perhaps it's best for BlackBerry to leave the country's 127.8 million residents to other phone makers.

Where BlackBerry is headed next on its globe trotting adventure isn't clear, but the U.S. is due to get the Z10 handset in March. Though the fruit-flavored firm currently has a dismal hold on stateside market, it must lay its chips on the regional table if it hopes to make survive.