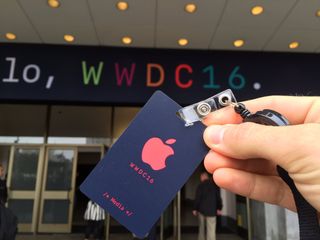 You're probably sick of Apple's WWDC 2016 event, given that we've already covered it in insane depth – after all, we want to know what's happening on our iPhones, iPads, Apple Watches and Macs, right?

However, as we looked back over the morning's events, we realised there were a few things that weren't really highlighted in the keynote speech, so we did a little more digging and put them together for you in a handy list.

So if you're wondering what some of the announcements in Cook's chat were really about we've worked it out for you – whether it's how we could all be living in iHomes soon or why we'll all be getting more emojis, we at least have an inkling of how it's going to happen.

The notion of the smart home has been going on for so long that we constantly wake up these days wondering why our wardrobes aren't semi-sentient and we're not being looked after by robot butlers.

Apple's new 'Home' app could well be the first step on that road though, as now it's found a way to aggregate all the HomeKit-enabled devices and services into one simple place.

That means if you buy a HomeKit-compatible coffee maker all you'll need to do is connect it to the network and it'll be accessible home and away.

2. Apple could be planning an AI surprise

Apple's baking Deep Learning into its Photos app, allowing the phones to do a lot of local heavy lifting and scan pictures for faces and objects.

This is a pretty big deal, as all this analysis will start to give a much more impressive level of abilities to Apple's operating system, making it (and Siri) much smarter.

Siri is clearly Apple's big play into the AI game, and as the integration of the digital assistant into the keyboard shows Apple wants it to get smarter, giving you the information you want, when you need it. Typing about locations? Siri will get it for you. Want to book some tickets within the messaging app? It'll help you buy them using Apple Pay.

There's been a lot made about Facebook, Amazon and Google all making big, deep investments into artificial intelligence and questions over whether Apple is too far behind to catch up if this is the next Big Thing.

While Apple hasn't done a lot to convince us that it's doing it in enough depth yet, it's interesting to see that this was a big deal at WWDC 2016.

3. One of the biggest iPhone flaws was fixed

Ever pick up your phone, wake the screen with the home button and annoyingly blow past the notifications you wanted to read all because Touch ID is so fast now?

That's the problem that iOS 10 is going to fix in the next big iPhone and iPad update. It adds a handy raise to wake capability we've seen in (and been envious of on) select Android phones.

It was the first thing that Apple showed off at WWDC 2016 and was easily missable. Yet almost every phone owner I talk to has had the issue in which TouchID is too fast for its own good. This should end all of those complaints.

4. Apple's found new ways to get money out of you

This is a simple one, but a point that could have been easily overlooked: Apple's going to want you to hand over more cash to speed up your Mac.

Optimised Storage will scan your hard drive, work out what photos and files you use a lot and squirrel the rest of them away in your iCloud Drive to save you local space.

Apple reckons you'll reclaim loads of storage this way… but that will come at a price. For what it didn't say was that doing this would lead to you needing a pretty meaty iCloud locker size, and those aren't cheap.

Maybe Apple is readying the launch of Google Drive-rivalling (Drivalling?) free and unlimited storage… but we doubt it, somehow.

Like a parent who wants their child to support the same team as them (despite them being terrible) the only way to do it is to get them early.

The same thing Apple's doing with Swift Playground, then. Designed for kids with its simple to use lessons and cutesy animations, this is an app to help kids learn how to make apps.

Legions of children with the know how to make Apple software? That sounds pretty handy for any brand. Of course, if they learn to code through the app then they'll probably be able to do it for other platforms as well, but this is a long game that Apple's playing.

It's not nefarious though - kids are playing on iPads before they're able to talk, so giving them the creativity to do what they want on them in a positive way can only be a good thing.

6. Apple finally brought in the feature we love most on Fitbits

Apple Watch was touted as a fantastic fitness tracker, yet this hallmark feature felt hollow when the smartwatch launched a year ago.

It's making [baby] strides in order to catch up to its much faster, more agile competition. One of the ways it does that is with friendly competition among friends.

It's an idea, coming to watchOS 3, has been a part of the Fitbit ecosystem since 2008, so it's a wonder why this feature wasn't added sooner. In any event, it should inspire more workouts and goal completing later this year.

7. Your friends are going to send you way more emojis now

Like it or not, you're about to see an influx of emojis with the launch of iOS 10. Apple didn't say this, but it didn't have to.

The features it added to Messaging and its more intelligent QuickType keyboard said it all. Emojis are three times as large as before in the latest update.

Not only that, hitting the emojis button will highlight all of the words you've typed out in a message so far, allowing you to turn taco into a taco emoji, ghost into a ghost emoji etc. It's as easy as tap, tap, tap, and may be enough to drive you wild this autumn.

More: Everything about iOS 10