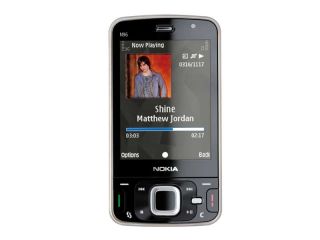 Mobile network 3 has announced that it will be placing the Spotify for Symbian application on its range of mobile phones.

This means that it's no longer just the HTC Hero that will benefit from the streaming service, as now 10 more handsets have been added to the mix.

Among the headline-grabbing Symbian handset on offer are the Sony Ericsson Satio and the Nokia N96, although 3 is also offering it to the lower-end Symbian phones too.

The cost of the application is in keeping with Spotify Premium, which is available at £9.99 over six months.

However, there won't be a repeat of the two-year bundle deal 3 offers with the HTC Hero, as it seeks to expand the choice for its music loving mobile customers.

If you want to find out more / haven't read this article properly and had your eyes drawn to a hyperlink, head on over to www.three.co.uk/spotify.