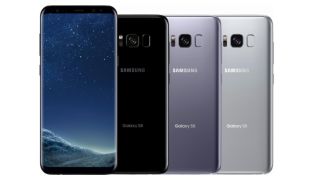 One of the new features of Samsung’s Galaxy S10 range is Bixby key customization, which lets you choose what the Bixby button on the side of the phone does.

Now Samsung has confirmed that this feature will also come to its other Bixby-enabled devices, in order to encourage more users to interact with its somewhat maligned voice assistant.

Bixby lets phone users navigate their handset via voice commands, but it hasn’t caught the public imagination as much as other personal assistants like Siri, Alexa and Google Assistant, and Samsung is clearly trying to change that by improving its accessibility on older devices.

The pre-S10 Samsung devices that have Bixby are the Galaxy S8 and S9, Note 8 and Note 9, and each of these will be receiving key customization.

The one requirement is that the handset needs to be running Android Pie – but most of these devices already use the latest version of Android, and it’ll be reaching the rest soon.

Key customization means that pressing the Bixby key in different ways activates different options – instead of simply pressing it once to open the assistant, that function can be mapped to either a single or double-press. The other press can then be assigned to open a specific app, such as Spotify or a social media platform.

Samsung hasn’t confirmed when exactly key customization will reach the pre-S10 devices, only stating it "will be available via a software update", but we don’t expect to be waiting long.

Bixby key customization is a minor addition alongside the Galaxy S10’s stable of other new features – the 'punch-hole' front camera, Snapdragon 855 chipset and wider screen are far more appealing to users than easier Bixby usage – but by adding the feature to older devices Samsung will be hoping to encourage users of its older phones to make more use of a feature they may not have embraced to date.