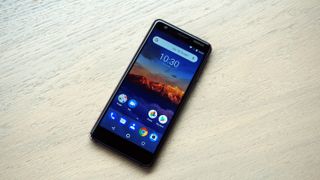 Finnish smartphone maker HMD Global has launched their latest budget smartphone Nokia 3.1 in India. The phone was first unveiled in May in the Russian market as the successor to the Nokia 3 from last year.

Nokia has aimed the device at offline market, probably because of the fierce competition in the online market dominated by Chinese OEMs. It comes under the second generation of devices from the revived Nokia brand. Since India has a huge demand for budget phones, it is among the few countries where the Nokia 3.1 is launched. It joins Nokia’s diverse smartphone portfolio that includes devices like Nokia 6.1, Nokia 7 plus, Nokia 8 Sirocco, Nokia 5.1 and more.

In terms of design, the Nokia 3.1 shares multiple elements with its predecessor Nokia 3. However, there are some much-needed additions like an 18:9 display. Similar to other Nokia phones, it comes with a promise of faster Android updates and security updates under Android One initiative.

The Android Oreo running Nokia 3.1 features a 5.2-inch HD+ display with 2.5D curved coating on top. Further, it carries MediaTek MT6750N chipset with 2GB RAM and 16GB of storage. Looking at the hardware, it’s fair to say that the phone isn’t quite competent in the online space.

In terms of optics, the phone has a 13MP primary shooter with an 8MP selfie camera with 84.6-degree wide-angle lens.