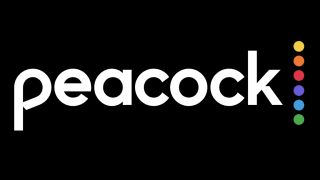 NBC Peacock is going to be one of the biggest new streaming services of 2020. Far beyond the NBC app found on smartphones and tablets now, Peacock will offer video on demand in the same vein as Netflix, Hulu and Amazon Prime Video, but with a focus on content from NBC.

What, exactly, does NBC have to offer that Netflix doesn’t? When it launches on Wednesday, July 15, Peacock will include talk shows like The Tonight Show Starring Jimmy Fallon and Late Night with Seth Meyers that will debut up to three hours earlier on Peacock than on cable TV, plus beloved shows like The Office, Parks and Recreation and Battlestar Galactica - and even reboots of BSG, Saved by the Bell and Punky Brewster.

What is it? NBC's new streaming service, featuring some of its classic sitcoms like The Office and Parks and Rec (though neither at launch) as well as movies, TV dramas and original content.
When does it release? July 15, 2020.
How much does it cost? Free (ad-supported), $5 (ad-supported) or $10, with additional programming on the paid tiers.
Will it launch outside the US? There are no announced plans for an international launch right now.

How much of this content you can actually stream, however, will be determined by how much you’re willing to pay and if you’re willing to watch content with ads or opt for an ad-free experience. To that end, expect three tiers of pricing (free, $5 and $10 per month) that we’ll explain in more detail below.

But can NBC’s catalogue of shows stand up to streaming behemoths like Netflix, Hulu and streaming newcomer Disney Plus? Here’s our best guess given the information we have.

The service’s launch date was officially announced at an event held in New York City on January 16, 2020 but CNBC had reported on rumors of an April launch as early as December 2019.

NBC is planning to release Peacock with three pricing tiers - free, $5 per month and $10 per month. So why would anyone pay for a free service?

Peacock Free, the ‘free’ service, will have a limited content library (read: only an episode or two of each new series) and a fraction of the content catalog that’s available on the higher tiers. It will also have ads that play while watching content. In total, NBC says there will be around 7,500 hours of content on Free at launch.

Peacock Premium is the $5-per-month plan that unlocks pretty much everything in the catalog but still comes with ads. If you want to upgrade to ad-free, that’s what will cost you $10 per month, unless you're an Xfinity subscriber, at which point you’ll only be charged $5 per month for the premium, ad-free service.

In total, NBC says there will be around 15,000 hours of content to watch on Premium at launch, but we won't know which shows and episodes will be available on which service until we get closer to launch.

So far, NBC has announced a number of returning shows for the service - things like The Office, Parks and Rec and others that at one point were on Netflix but have since been taken off in preparation for Peacock - plus reboots and entirely new shows.

Expect a staggered release for older shows which are currently on other streaming services. The Office, for example, is still on Netflix US until January 2021. Parks and Rec joins Peacock in October 2020.

To make things easy, here's a complete list of shows divided into those categories.

Movies on Peacock:
American Pie, Bridesmaids, Knocked Up, Meet the Parents, Meet the Fockers, A Beautiful Mind, Back to the Future, Brokeback Mountain, Casino, Dallas Buyers Club, Do the Right Thing, Erin Brockovich, E.T. The Extra Terrestrial, Field of Dreams, Jaws, Mamma Mia!, Shrek, and The Breakfast Club, plus films from the Bourne, Despicable Me and Fast & Furious franchises.

This is a big deal in the sense that it further erodes the barriers between broadcast TV and streaming services. Late night shows are commonly consumed via YouTube clips these days – it's unclear what effect Peacock's launch will have on each show in the long term, but more choice for viewers doesn't seem like it can be a bad thing.

Sports are a clear focus of the Peacock offering. The Tokyo Olympics and Paralympics are both coming to Peacock just after launch, with a dedicated 24/7 Olympic Channel covering everything in the run up to the 2022 Winter Olympics.

2000 hours of Premier League coverage will also be shown on Peacock starting in August, including over 140 matches that won't otherwise be on US TV. In September, the Ryder Cup will kick off, too, if you're a big golf fan.

Expect sports-based unscripted originals, too, like NBA collaboration Dream Team 2020, which focuses on the USA's basketball team in the run-up to The Olympics, as well as swimming show The Greatest Race, and an as-yet-unnamed show about car racing.

How it'll stack up against other services

At this point we know how much the service will cost and what kind of shows we'll be able to watch on it, but we don't know how the app will perform out in the wild or how quickly new content will come to the service. So, unfortunately, it's kind of hard to compare apples-to-apples with services like Netflix that have been around for years.

What we're expecting, based off what we know, is a service that's somewhere between Hulu and Disney Plus - there will be a decent sized catalog of shows like Disney, but with an update schedule similar to Hulu that adds new episodes, show series, and movies every week.

That's also the way Peacock is priced, so we're crossing our fingers that's how the service turns out. Because, if it doesn't, HBO Max is coming out later this year and could totally shake up the streaming service hierarchy.