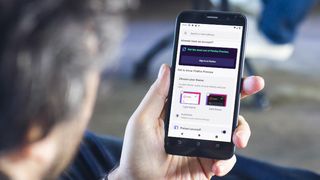 Mozilla is overhauling Firefox for Android, and it's giving you an early peek. A test version of the next-gen browser, Firefox Preview, is now available to download from the Google Play Store so you can try it for yourself

Firefox Preview borrows several features from Firefox Focus – a lean mobile browser designed for privacy and productivity – but not quite so pared-back.

Both browsers use the same GeckoView engine, whereas most mobile browsers use Blink – the engine used by Google Chrome. Mozilla claims that switching to GeckoView gives it more independence because it's no longer limited by Google's preferences (which are based on its commercial interests).

"Building Firefox for Android on GeckoView also results in greater flexibility in terms of the types of privacy and security features we can offer our mobile users," Mozilla said in a press release.

Firefox Preview also takes several design cues from Focus, including a minimalist, uncluttered design. Unlike Focus, however, it offers a choice of light or dark interfaces (which you can choose manually or set to respect your Android settings).

There are also some more significant differences. One of the most noticeable ones is the search/URL bar, which appears at the bottom of the screen rather than the top. In our experience this takes a little getting used to, but does make it easier to focus on the content you're reading. A pull-up tab above the URL bar provides quick links for bookmarking or sharing the current page.

Another new feature is Collections, which let you save a set of related sites in a named group for quick access (a form of bookmarks, but more organized),

The final, polished version of the new Android browser will be available to download later this year. We'll keep you updated when we know the exact date.