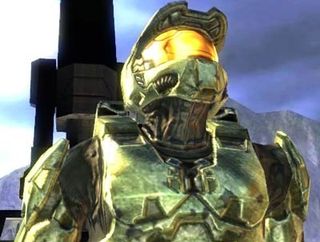 Bungie - behind the Halo blockbusters

Bungie, the makers of the bestselling Halo games, are looking to the mobile phone world for its "next gaming universe."

The gaming developer is advertising for a senior mobile application programmer who can help roll out the company's next major series to our handsets.

The advert reads: "Bungie is embarking on a new and challenging journey and if you have a serious passion for mobile application development we want you to be a part of it."

"Our mobile development team is focused on establishing real time connectivity for millions of users and terabytes of data.

"Join our team and define the interface of Bungie's next gaming universe to the world."

Bungie's reputation means that the next gaming universe it created will garner plenty of attention and it cannot be denied that mobile gaming is becoming increasingly sophisticated.

With the arrival of dual-core chips and phones more capable of dealing with 3D graphics, the gaming environment is increasingly akin to the portable consoles that have been popular for years.

With Sony working on a PSP Phone, Microsoft bringing the Xbox brand to its Windows Phone 7 OS and Apple's massive success in selling gaming apps, you can understand Bungie's desire to expand to new platforms.