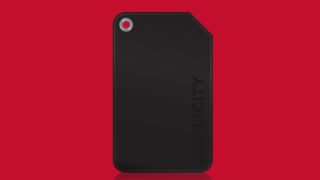 Amplicity is looking to dial-up the volume

US-based startup The Hive has unveiled a portable PC that can be rented, rather than bought, and comes with the latest versions of creative software packages pre-installed.

Called Amplicity, the tablet-sized device will come in two versions depending on the required level of computing power and cost. Each can be inserted into a desktop dock to beef up processing or GPU power.

The first, called Amplicity Anywhere, features an Intel Atom CPU, 2GB of RAM, an SSD and 1TB of cloud-based storage for $99 (around £149/AUS$184) every six months. Owners can return and swap it for an upgraded model once every subscription period.

A second, more powerful version simply called Amplicity will be offered with an Intel Core M CPU for a one-off cost of between $300 (around £453/AUS$558) and $400, according to Liliputing.

CNET reports that both versions will be offered with monitors and the option to buy or lease creative software from Adobe and other companies.

Amplicity Anywhere has been touted to launch during the Spring, while the meatier Amplicity has been slated to go on sale later in the year.