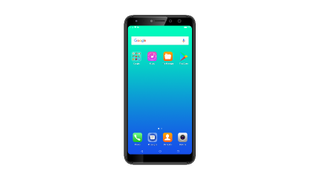 Micromax has launched its latest device, the Canvas Infinity Pro today in India. The device is an upgraded variant of the Micromax Canvas Infinity that was launched back in August this year. The main highlights of the device are its dual front camera setup and the 18:9 display with minimal bezels.

The Micromax Canvas Infinity Pro runs on Android 7.1 Nougat and features a 5.7-inch HD+ 2.5D curved glass display with a resolution of 1440 x 720 pixels and an aspect ratio of 18:9. The display is same as what we saw on the Canvas Infinity.

In terms of performance, the company has improved the device. It is powered by a Qualcomm Snapdragon 430 processor clubbed with Adreno 505 GPU. The device comes with 4GB RAM and 64GB of internal storage which can be further expanded up to 128GB via a microSD card.

The Micromax Canvas Pro is powered by a 3,000mAh battery, which is 100mAh bigger than the Canvas Infinity. Connectivity options on the device include 4G VoLTE, Wi-Fi 802.11 b/g/n, Bluetooth 4.2 and GPS.

The Micromax Canvas Infinity has been priced at Rs. 13,999 and will be available in Black colour option exclusively from Flipkart starting from December 6.