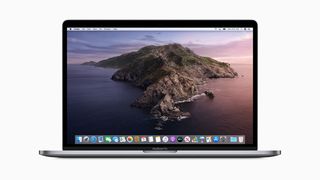 Major software updates often come with one or two bugs attached, and that seems to be the case with macOS Catalina – some users are reporting that email messages are going missing in Apple Mail.

As AppleInsider reports, the problems lie in moving messages around, and in syncing them with other devices. In certain cases the emails can apparently disappear completely.

Further problems can occur when backing up emails, with Mail not always downloading all of the message information that it needs to. Difficulties can also occur when restoring data from an email archive.

Michael Tsai, who develops the EagleFiler and SpamSieve plug-ins for Apple Mail on macOS, has outlined some of the issues that have cropped up in a blog post – he advises holding off on a Catalina upgrade, if you rely on Apple Mail, until these bugs have been fixed.

What's not clear is just how many people are being affected by the bugs outlined by Tsai: based on forum posts, it seems that the number of users who've actually lost email is relatively small. Beta versions of the software have been out for four months.

It's also worth noting that Tsai says the bugs could be something to do with the servers Apple is running, or the Mac more generally, rather than Apple Mail specifically. Expect more details to emerge as time goes on.

Apple itself hasn't commented on the problem officially, but may well take steps to address the reported problems in the next macOS Catalina update.

The new desktop operating system upgrade adds a few extra features to Apple Mail, including the ability to mute email threads that are getting too busy, and to block messages from specific senders.