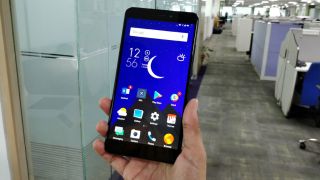 The Xiaomi Mi Max 2 runs on Android 7.1 Nougat, which is a let down for users since Android Oreo is already in the market and the Android P roll-out seems to be around the corner.

The company has said they’ll be rolling a new update out soon but the wait continues. For users who aren’t fans of the MIUI interface and are also yearning for Android 8.1 Oreo, then they can download the unofficial LineageOS 15.1 build.

Developed by ashwin 007, XDA senior member, the build but it's not on the official LineageOS website since it doesn’t meet all the requirements of the Device Support Requirements Charter. XDA Developers claim that just because the operating system (OS) is unofficial, that doesn’t mean that it’s unstable. They say that, quite to the contrary, almost everything in the build works.

Once the bootloader is unlocked, all users have to do is flash the TWRP, flash the build and finally flash the recommended Google apps package. The LineageOS 5.1 offers extra features, on top of the Android Open Source Project, but the option of using Xposed Framework to tinker a little further is always available.

Xiaomi runs a little late with their updates because MIUI is highly customized, so it takes time to tailor it to Google’s OS. But, with the Xiaomi Mi Max 2 running on respectable hardware like its 6.4-inch screen and 5,300mAh battery, running the phone on Android Oreo rather than Android Nougat might be a nice experiment.