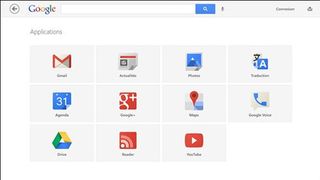 Google is officially labeling itself a "mobile first" company, predicting that most of its users will access its products via smartphones and tablets in 2013.

This shift away from being a desktop search engine was revealed by Google executives at the 2012 Open Mobile Summit in San Francisco, and picked up by Business Insider.

The idea is actually nothing new.

A Google spokesperson told TechRadar that "the mobile first strategy was actually first laid out by Eric Schmidt years ago."

It's only now that the former Google CEO and current chairman's strategy is coming to fruition on the users' end.

In 2012, Google users' mobile searches have increased 200 percent to-date, paving the way to a mobile majority by next year.

The Google executives' belief that mobile will be the primary way people access the site by next year is only one interesting mobile-focused statistic publicized at the event.

YouTube, it turns out, received 25 percent of traffic and 40 percent of views from mobile devices in 2012. That's a 300 percent increase for this year.

A Google executive also predicted that YouTube's mobile traffic could surpass 50 percent soon, as it has already in Korea. Too much Gangnam Style?

A separate prediction for 2013, this one by Schmidt, pegged Android's lifetime activations surpassing one one billion.

Google's dominance is expected to continue according to technology research firm Gartner.

By 2016, Android smartphones are estimated to account for 56 percent of the market in North America and Europe.

Having pre-loaded Google software in Android devices doesn't hurt your "mobile first" strategy when you're the market leader.