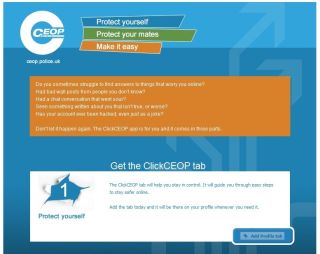 CEOP app does its job

The number of reported 'abuses' on Facebook is up 650 per cent thanks to the ClickCEOP application introduced on the site.

According to the Press Association, the amount of people who have used the app to report problems on the site has risen to 211 – which is up from just 28 people the month before the application was introduced.

The ClickCEOP app (created by the Child Exploitation and Online Protection Centre) has been downloaded a total of 55,000 times since its launch and while it isn't quite the 'panic button' campaigners wanted installed on to Facebook's main page, it is a compromise that does seem to be working.

Speaking about the CEOP app, Joanna Shields, Facebook's vice president for Europe, said: "There is no single answer to making the internet safer but CEOP has taken a great step forward by setting up their ClickCEOP page.

"It now means that they can have an ongoing dialogue with thousands of Facebook users, educating them about how to stay safe online in a place and language they are familiar with."