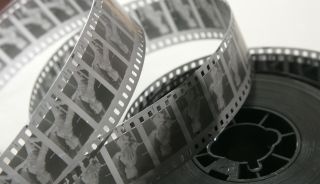 Star Wars: The Force Awakens came out barely a blink ago and Star Wars: Episode VIII isn't due till December 2017, but already we have one important detail about the last movie in the mini trilogy, Episode IX.

The movie's director, Colin Trevorrow, revealed at the Sundance Film Festival that the next, next Episode will be shot on film and not digital.

"I could never shoot Star Wars on anything but [film] because it's a period film: It happened a long time ago!" Trevorrow quipped, according to The Hollywood Reporter.

Trevorrow also shot Jurassic World on film because he didn't want it to look like "two computers fighting." Episode VII chose film over digital, and Episode VIII will, too, so Trevorrow is staying true to the new movies' shooting credo. The spinoff Rogue One: A Star Wars Story is due out this year and it will be a digital affair, however.

JJ Abrams, director of The Force Awakens, said he eschewed digital in favor of film to capture the feeling of the beloved original trilogy. It sounds like Trevorrow and Episode VIII director Rian Johnson buy into that philosophy as well, or at least took note of the incredible success of VII and want to stick to a winning script.