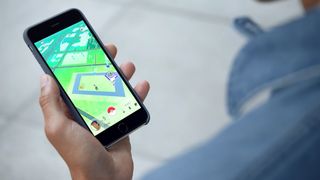 Pokémon Go's latest update left players disgruntled after removing some of the game's key features, including the footprint tracker, and Niantic has finally explained why.

Writing on its Facebook page, Niantic gave a few reasons for the recent changes, also explaining why it had requested third-party tracking tools be taken down.

Niantic said the '3-step' display, which broke before being removed entirely, was "confusing" and did not meet the company's goals. In its beta phase, Go actually told you the precise meter distance away the Pokémon were.

That system was changed in the full release, indicating a Pokémon's distance with the number of footprints beneath it. While we didn't think the footprint system was bad, it'll be interesting to see if Niantic finds something better.

But for now, we don't even have any third-party options. Niantic recently requested these third-party maps that tap into the game's internal APIs, such as Pokévision, be removed due to the strain they were putting on the servers.

"We have limited access by third-party services which were interfering with our ability to maintain quality of service for our users and to bring Pokémon Go to users around the world," said Niantic, adding that a rollout in Brazil is on the horizon.

Yangcheng Liu, creator of third-party app Pokévision, told TechRadar that on July 26 the site had 10.8 million unique visitors, and that, in the whole period the site was live, the most visitors on the site at one time was 320,000.

Niantic has been frustratingly quiet through much of this, but it's pretty clear the company was caught short by the game's phenomenal popularity.

The company said that the large number of Pokémon Go players has made the rollout a "challenge".

"We have read your posts and emails and we hear the frustration from folks in places where we haven't launched yet, and from those of you who miss these features," the company added.

"We want you to know that we have been working crazy hours to keep the game running as we continue to launch globally. If you haven't heard us Tweeting much it's because we've been heads down working on the game. But we'll do our best going forward to keep you posted on what's going on."