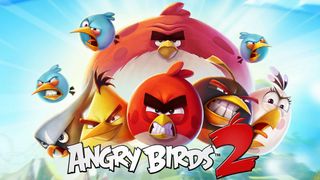 Rovio, the creator of Angry Birds and its just released sequel, would like to have you think the 10 million downloads it received in less than a week has been a runaway success.

And in a way Rovio is right; the download figures for Angry Birds 2 have been unprecedented, and that's no surprise when the company created one of the most popular mobile games of all time.

But I, and many on Twitter and the app reviews, think Angry Birds 2 is akin to a white splat on the pavement.

The original initially asked for a single payment ($1.99 or 69p) at the start of the game and offered a huge selection of levels as well as introducing new updates on a regular basis. That then switched to free-to-play as the game got older, but you still didn't have to pay for extra levels.

But Rovio has gone straight into free-to-play for Angry Birds 2 – which means that when you fail at a level you've got to pay to go forward. It's the Candy Crush method, and that's not good enough.

In Angry Birds 2 users have both lives and crystals. You kick off with 100 crystals in the bank and five lives. When you fail to get through a level you lose a life, they can then be bought for 60 crystals a pop or you can wait half an hour for them to regenerate.

When you're in the middle of the action you don't want to sit around waiting, so you go into your crystals and spend some. That original 100 only gets you one extra life though and then you have to give over some of your hard earned cash.

I was thinking: that can't cost much, how many crystals could I get with a the spare change in my Google Play Store account? Oh, I'd get one life. Here's how much it costs for each.

Rovio isn't even messing around here, it is blatantly fishing for cash when it doesn't even give you enough crystals to get through more than once.

This is the company that helped smartphone gaming actually become "a thing". The original Angry Birds revolutionised the way games worked on mobile, but instead of showing that same flare again, Rovio has opted to follow the pack.

Rovio has announced dropping profits in recent years, it even had to lay off 130 staff back in 2014 after profits halved in under a year. But that's no excuse to ruin the gameplay, the company created a hugely successful model before so it shouldn't just give up and run for the money.

I also get the mobile gaming market has changed a lot since the original Angry Birds was released, but if you look around there are many other developers proving that the freemium model can be done in a much better way.

Take Hearthstone, an immensely popular title that allows you to continue playing the game without shedding any of your money.

You can buy extra booster packs, and Blizzard makes a lot of money from it because people actually want to part with their cash for the chance of getting some new cards. I'd be more inclined to put some money into a free title if I'm not forced into it.

The same can be said about Bethesda's Fallout Shelter. The title was only meant as a hype driver for Fallout 4 but it has become a runaway success with $5.1 million in sales in the first two weeks alone.

Nothing here is stopping you from playing – you don't have to part with cash to continue the game.

When playing titles like The Simpsons: Tapped Out or any of its clones you may have to wait for things to regenerate around your village, but there's always something else to be getting on with. You can go visit other towns, trade with your friends etc. That doesn't mean the system is perfect, but you can go a long way without spending anything.

In Angry Birds 2 there's nothing – you can't progress through the land so you have to just turn it off and do other things. That's why I'm not going to be opening up the app again.

Ten million downloads may be a huge number, but I and many others don't class this new title as a success. Come on Rovio, this is embarrassing.