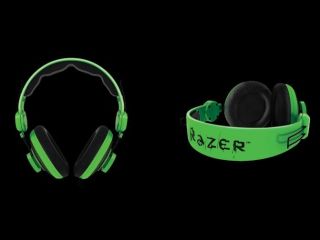 Razer has announced its Orca headphones, with the gaming specialists hoping to 'unite the music enthusiast with the hardcore gamer'.

Although TechRadar was under the impression that hardcore gamers could already be music enthusiasts, the Razer Orca headphones do offer both a standard braided cable and a 2m extension.

"We specifically designed the Razer Orca for the consumer who demands unmatched comfort and the utmost style, who also happens to game.

"We wanted a pair of headphones that could transition from your gaming den to the subway by adding a cool look to great gaming sound."

The headset has been given a UK release date of Q3, so sooner rather than later and a European price of €59.99, which is around £50.