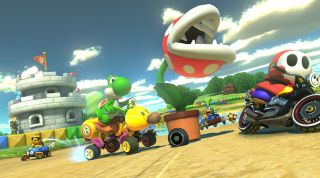 We don't think we were the only ones who had high hopes for Xbox One Kinect. Straight out the gate, Microsoft was convinced that Kinect 2 would not only change the way we game, but also the role of its console in the living room.

But we've now had six months of Xbox One action and not a lot of Kinect to go with it, which is why we weren't exactly surprised by this week's big announcement from Microsoft: you'll soon be able to buy an Xbox One without Kinect.

If you feel like Microsoft's reneging on its promise to transform our living rooms, you're not alone. But this isn't an admission of its failure so much as an acknowledgement that it was probably a bad idea to force Kinect on Xbox One buyers in the first place.

So starting from June, Microsoft will sell a Kinect-less Xbox One for the price of the PS4, which has probably set some alarm bells ringing at Sony HQ.

Not only because of the price parity but because dropping Kinect leaves open the possibility of tapping into the extra processing power reserved for Microsoft's sensor (about 10%).

But that's not all Sony should be worried about. Microsoft quickly followed up the Kinect debacle with the best damage control it could think of - Halo 5.

We weren't expecting to hear about the next Halo instalment until E3, but this week Microsoft fired early and announced that Halo 5: Guardians will be arriving "fall" 2015.

343 Industries general manager Bonnie Ross was light on details but promised E3 will bring more details about the Halo 5 "journey", which is set to kick off this year.

What does that all mean? Search us, but it sounds like there could be some sort of pre-release beta in the pipeline.

Few game franchises have defied the law of diminishing returns quite like Mario Kart. Just when we think we've had enough of the same formula, Nintendo somehow manages to pull us back in.

Mario Kart 8 is out on May 30 (May 31 if you're in Australia) and the verdicts are already in. Surprise, surprise, they're glowing brighter than sun glare on Rainbow Road.

CVG said: "This is a multiplayer event showcasing Nintendo doing what it does best: bashing your expectations (which should already have been lofty) into dust and then rebuilding them anew into something bigger and better than you had imagined."

While Official Nintendo Magazine gave it a 96%, concluding: "Mario Kart 8 steps boldly out of the shadows of its predecessors, using their systems, ideas, even tracks, but adapting them to fit its own vision of a truly skilful game that people will obsess over, learning lines, kart set-ups and tricks, but never abandoning what it is people loved about the series. Perhaps calling it the first Wii U game isn't quite right: Mario Kart 8 is so far beyond its competition that it'll make you feel like you're playing a whole new console."

The Wii U might be in a tough place right now, but the quality titles are starting to line up. To round things off, here's our updated Wii U review for 2014. Will this be the year that makes or breaks the U?