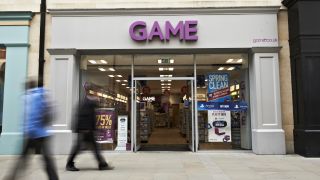 You won't be able to play second-hand games on the forthcoming Xbox 720, according to Edge's sources.

The next-generation console will have an always-on internet connection, they say, meaning every single game will be verified as you fire it up. So bad luck if you were looking forward to borrowing, lending or reselling your boxed games.

Undoubtedly Microsoft would market this persistent connectivity as a great boon for gamers, letting them stay in touch with friends and receive instant updates.

But games publishers have long criticised the resale market for taking a bite out of their profits, and any move to tie games to one machine will be welcomed by them.

The sources say games will come on 50GB Blu-ray discs, which will be the first time Microsoft has embraced the format after its ill-fated dalliance with HD-DVD. Games are said to come with activation codes, thwarting anyone hoping to get some second-hand thrills.

One source even went as far as to confirm the next Xbox's specs. According them, the console will pack an AMD eight-core x64 1.6GHz CPU, a D3D11.x 800MHz graphics card, and 8GB of RAM.

The console is expected to be announced at E3, while Sony's PS4 could very well be revealed in just a couple of weeks.