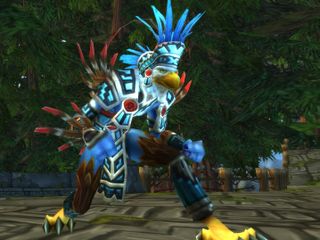 The UK market for massively multiplayer online gaming has been estimated at a whopping £220 million in 2010, with 8.75 million Brits forking out their cash to play the games.

The data from the Newzoo MMO games market report suggests that, although 90 per cent of the people playing games are on free-to-play MMOs, some 2 million are prepared to pay an up-front subscription.

This helps a 30 per cent rise year on year on the amount being spent on MMOs – with more money being spent on subscriptions than things like micro-payments.

The research also looks at the dominant position of consoles in the UK.

Around 25 million people are playing on Xbox, PlayStation or Nintendo consoles – including 76 per cent of males between 16 and 25, compared to 49 per cent of the same group that play some form of MMO.

"Almost half of these people also spend money on MMOs, confirming the appeal to the 'core' gaming audience."

So who are playing these games? The demographic detail suggests that 64 per cent of MMO players are male – and that number goes up to 70 per cent when you are talking about paying to play.