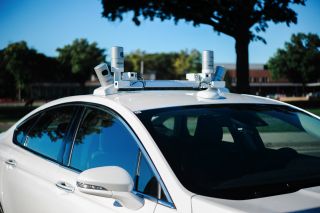 Ford will bring its self-driving car technology to European roads in 2017 as it attempts to launch an autonomous car for its ride-sharing fleet by 2021.

According to TechCrunch, the testing is set to begin in the UK at Ford’s own Engineering Center in Essex, with more testing to take place at other Research and Advanced Engineering facilities in Aachen and Cologne in Germany.

Ford’s already working on self-driving cars in the US, as the company intends to launch an autonomous car for ride-hailing services as soon as 2021.

If this initial US launch proves to be successful, Ford hopes to bring the service to Europe - so it makes sense that the company is starting its European-based testing now.

As driving rules, road layouts, and driver habits vary from country to country, (especially in Europe), Ford will be using its local test centers to ensure it's got experience with the relevant conditions.

To test its self-driving technology, the car brand has been using its off-the-shelf Ford Fusion Hybrid vehicle, augmenting it with LiDAR (the surroundings-sensing systems spinning on the top of the cars) , cameras, and sensors.

When we tried out the car for ourselves, we were impressed by just how ordinary the car looked despite being kitted out with such advanced tech, but with plenty of obstacles left before we can truly realise the potential of properly driverless cars.