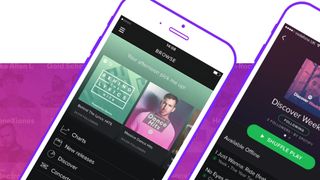 Pandora, one of the first massively popular music streaming services, came back into the minds of audio enthusiasts when it purchased Rdio last year. The move was a bit confusing at first, but the larger vision is finally coming together: Pandora plans on launching a new on-demand streaming service that will compete with Spotify in the very near future.

The news comes by way of The Wall Street Journal who claims that the service is close to securing the licensing deals for the new paid service in the US and overseas.

Sources close to WSJ say that like Pandora and Spotify there will be a free tier made available to users that will likely be supported by ads, but that there will also be two paid tiers on tap as well should you want to go ad-free.

If the new service follows in Deezer or TIDAL's footsteps, one possible discrepancy between the two paid tiers is that one might offer moderate audio fidelity, say streaming at 320Kbps, while the high-end option might ratchet it up to a 1,411Kbps bitrate.

So just how soon might you be making the switch to Pandora Plus*? (My name, not theirs.)

According to WSJ's sources, Pandora's new service could be unveiled as early as next month though they didn't provide an exact date. The timing of the announcement will largely depend on how quickly those aforementioned licensing requests are approved and how fast Pandora can book 10 to 12 of the industry's largest superstars to all stand together on stage awkwardly like they did at TIDAL's announcement press conference.