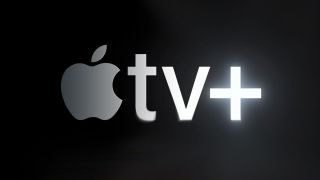 Apple TV Plus, the streaming service from the iPhone makers that's home to exclusive shows such as Jason Momoa's See and kids' favorite Snoopy in Space, has clinched a deal with a top US TV executive to develop content for the platform.

The company has secured a five-year deal with former HBO chief Richard Plepler and his production company Eden Productions to make movies, documentaries and TV shows for Apple TV Plus.

Plepler led HBO through a golden age of television during which the company produced the likes of Game of Thrones and The Sopranos – arguably the two key prestige shows of the last 20 years which helped inspire the quality TV boom that's contributed to the rise of streaming – developed during his 28-year stint at the company.

A show of confidence

Other than the broad note on content Plepler's team will develop, there are no details as to what Eden Productions will be working on. It's worth noting that Plepler isn't necessarily a creative force, but he has a proven track record of attracting major show-running talent.

And that's likely what Apple is looking for here. Its launch catalogue of shows certainly wasn't lacking in big-name stars, but there were relatively few long-term deals signed to develop content which Apple could potentially use to build a consistent audience. A near-complete deal with JJ Abrams, he of Star Wars sequel fame, ended up being lost to WarnerMedia.

Plepler's signing is a statement of intent as to Apple's ability to compete with the top names in TV programming and streaming – expect to start hearing details of new shows and movies aimed at tempting you into yet another streaming subscription.