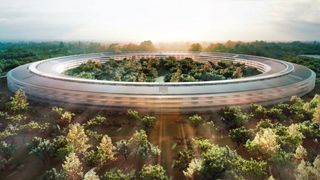 Most of us already know that Amazon is already making cities trip over each other in the hopes of securing the company's second headquarters, and today Apple announced that it's planning on building a second campus for its employees as well.

Much like an existing Apple facility in Austin, Texas that employs 6,000 people, the new campus will "initially" focus on technical support staff. For the moment, Apple isn't telling where the new location will be, but it says in a new post on its site that we'll learn "later in the year."

We do know, though, that the campus will be in the US. In fact, the announcement post emphasizes the economic benefits of this and Apple's future plans. Apple already employs around 84,000 people in the US, but over the next five years, the company plans to hire more than 20,000 people for both the new campus and existing ones.

In that same time period, Apple says, the company will contribute more than $350 billion to the US economy.

"Apple is a success story that could only have happened in America, and we are proud to build on our long history of support for the US economy," said Apple CEO Tim Cook in a prepared statement. "We have a deep sense of responsibility to give back to our country and the people who help make our success possible."

Apple even puts a positive spin on the fact that it's currently having to pay $38 billion in repatriation taxes in the wake of recent changes to US tax law, asserting that it's "already the largest US taxpayer." This payment, Apple says, "would likely be the largest of its kind ever made."

It's not clear how many of those 20,000 new employees will be housed in the new campus.

Until we learn more, I suppose the big question is whether the new campus will look as cool as the new "spaceship" campus Apple recently spent $5 billion building in Cupertino, California.