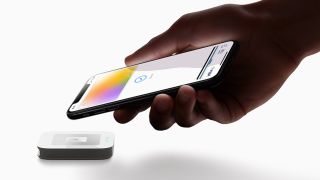 Apple CEO, Tim Cook has confirmed that Apple Card, the company's first ever credit card, will become available in the US from August.

The announcement came as part of Apple's latest earnings call, however, Cook didn't offer a specific release date for the credit card, which was created in collaboration with Goldman Sachs.

There was also no word on whether Apple Card will be rolling out to other countries. According to Engadget, Goldman Sachs has previously spoken about expanding to to other countries following the US launch, but nothing has been confirmed.

What is Apple Card?

This means that you'll be able to find it in your Wallet App, as well as your spending details and information on when your next payment is due.

What sets it apart from traditional credit cards is that you can sign up for Apple Card on your iPhone, and start using it right away, with no restrictions on using it abroad.

There are also no late, annual, international or over-balance fees, and it will "offer an APR between 13.24 percent and 24.24 percent based on your credit score", according to Mac Rumors.

Apple Card also offers 2% cashback every time you spend, paid every day. If you use your Apple Card to pay for a product direct from Apple, you'll get 3% cashback.

While that sounds good in theory, we can imagine the temptation to use your credit card would be much greater if it's conveniently housed on your phone and comes with rewards – and that temptation could easily lead to debt.

It's supposed to be very secure, with every purchase verified with Touch or Face ID, and all details of the card are stored on a secure area of your iPhone.

It's not only on your phone though; you also get a physical card, made of flashy titanium with your name laser etched onto its surface. For the sake of security, you won't find you CVV or card number on the physical card – instead, those details can only be found in the Wallet app.

The physical Apple Card also doesn't have a magnetic strip, which could be an issue if you're trying to pay somewhere that doesn't accept contactless or is required to check your signature against the one that would normally be on the back of a traditional credit card.

Whether the combination of enhanced security and convenience will win iPhone users over remains to be seen – but if Apple does succeed, it's likely that Apple Card will rollout across the rest of the world.