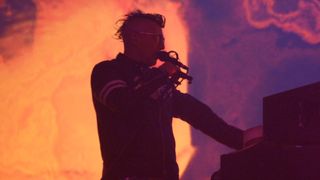 Time to throw that old Discman in the trash, because the legendary alt-metal band Tool has announced that it will finally bring its entire catalog to "all streaming and digital formats" this Friday.

The band took to its official Instagram page to reveal the news, and while there's no mention of specific streaming services, we can assume the music will land on Apple Music, Spotify, Tidal, Amazon Music Unlimited and more.

This Friday, Aug 2nd, the Tool catalog goes up on all digital and streaming formats. High five. #tool2019 Tool

The news coincides with another major Tool-related announcement – the band will release Fear Inoculum, its first studio album in 13 years, on August 30, giving fans a little under a month to stream the group's back catalog in anticipation.

One of the last major bands to enter the streaming age, Tool has never even released its music on iTunes – until now, the only legal way to acquire the art rockers' discography was by purchasing it on CD, cassette or vinyl reissue.

With other longtime streaming holdouts like The Beatles and Prince (albeit posthumously) eventually relenting, it's no surprise that Tool would finally give in, especially with a new album on the way.

However, the band's frontman, Maynard James Keenan, insists he isn't responsible for Tool's long streaming delay, telling one irate fan on Twitter that he was "Squawking at the wrong tool".